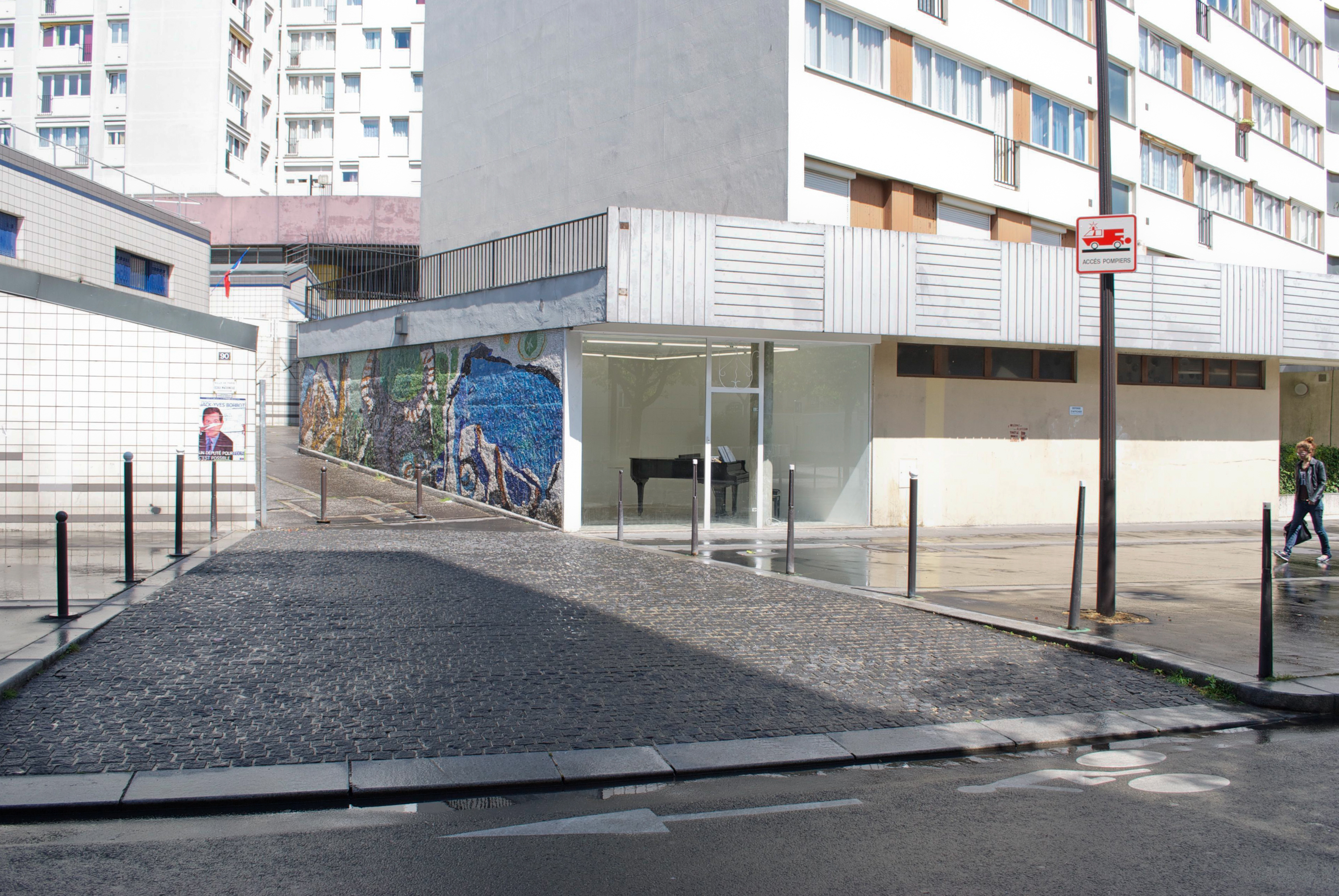 The Institut français / Bureau des Arts plastiques, partner of this year’s abc art berlin contemporary, enables the participation of French project spaces in the context of JEUNES COMMISSAIRES. Invited by abc director, Maike Cruse, the collective Shanaynay will curate a program spanning 15 project spaces, including the French Treize and Bétonsalon at UPCOMING EXHIBITIONS – a temporary format, which will reflect on its own terms of exhibiting, to be presented at abc. Read the interview with them by Cathy Larqué:

How did you start working with abc art berlin contemporary?
We were contacted by abc as we were preparing our exhibition at Galerie Kamm, «Dommage qu’elle doive mourir, mais c’est notre lot à tous», which took place in February 2013. This exhibition was part of the “Rosa invites” programme developed by Joanna Kamm, dedicated to inviting young curators in her space in Berlin. For this project we proposed an exhibition that presented artist-run spaces who exists or existed both as a space of exhibition and as an entity of production: between a space and an artist. It featured works by Lucie Fontaine, Am Nuden Da, Castillo/Corrales, France Fiction, Gambia Castle, Institute of Social Hypocrisy and Oskar Von Miller Strasse 16. We met Maike Cruse, the director of abc, during the preparation of this exhibition and she proposed to us to develop a non-commercial project for abc, around international artist-run spaces, and we came up with “Upcoming Exhibitions”, which is a new independent space whose lifespan is the length of abc.

Is curating a project within an art fair (or an art event organized by galleries) different from other contexts ?
The primary difference for us has to do with scale. As a project space we are used to working on a much smaller scale. When working for abc or any large scale projects, the conditions of production change, in particular the time aspect in regard to our decisions and their immediacy. Working with many other project spaces we have to account for everyone’s individual needs and tendencies to at least attempt to ensure a viable working environment. When curating a small-scale exhibition you usually have at most 4-5 separate people you are in contact with, so the information is quick to give to everyone and you can immediately check where things stand. There is also multitude of agendas that all come together in a single space: the architect’s, abc’s, the spaces’, ours, the artists invited, the galleries’ – which is very particular to this context. The heightened commercial aspect of the event brings an extra set of parameters that we must take into account when constituting our programme. In another sense a traditional exhibition has a different time frame than abc which is both a very short exhibition (four days), and a very long opening.